A few weeks ago, my family was in Australia for about a month and while we were there, we had a chance to make a stop in wine country. We were so close to one of the wine regions that I couldn’t pass up the opportunity to visit. Living here in the states, it’s a region that we never get to see. Considering the fact that as of 2009, there were 420,000 acres of vineyards planted throughout Australia that produced upwards of 1.46 billion bottles of wine per year, it really was a must see.

Australia has at least five different wine regions. South Australia region, Victoria region, New South Wales region, Western Australia region, and the Tasmania region. In South Australia, 45 minutest from the city of Adelaide, is the Barossa Valley, its most prestigious growing area. According to the website, Wine Folly, the region is unique because of its isolation from the rest of the world. Since a plant louse that affects vines called, phylloxera, is not present in the soil in Barossa Valley, it is actually home to some of the oldest living vineyards in the world! Who would have ever thought? 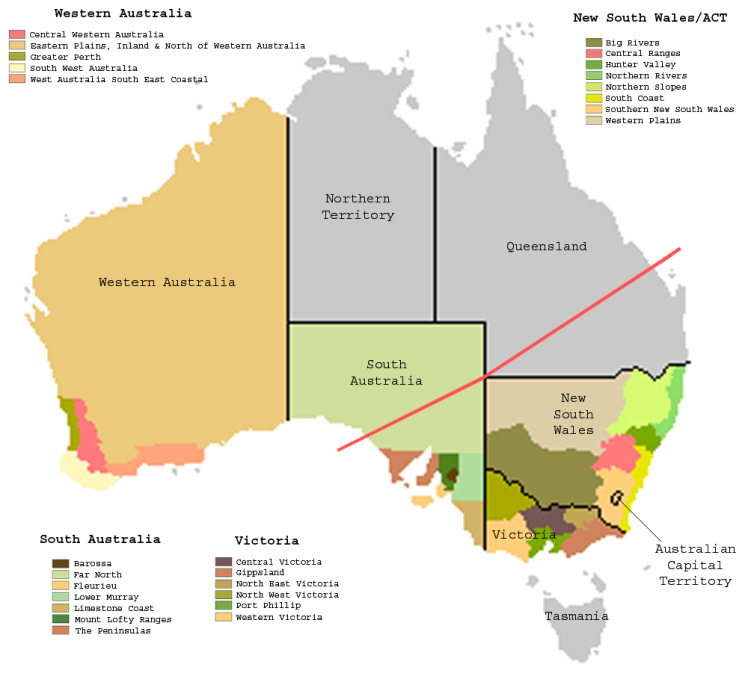 (Map courtesy of Froggydarb at the English language Wikipedia)

While we were there, we visited the Orange Wine region of New South Wales. It is located in the Central Ranges that are about 2,000 feet above sea level, three and a half hours drive west of Sydney. The region is named for the town of Orange and is actually fairly new. The vines were first planted in 1980. The wines in this area are considered cool climate wines. Because of this, the region excels in Cabernet, Sauvignon Blanc, Semillon, Merlot and Chardonnay. There are about 36 different vineyards in this region. Unfortunately, we only had time to visit two, Angullong and Highland Heritage.

The Angullong vineyard initially started out as a successful sheep and cattle station, but in 1998, they started sitting aside 540 acres to grow grape vines. Today it is one of the largest vineyards in the Orange region. Their wine making is overseen by Jon Reynolds, a highly experienced wine maker in the region. Their vineyard is located near the locality of Panuara, 35km south of the town of Orange, but their tasting room is in the town of Millthorpe, a 15 minute drive from Orange. The wines from this vineyard are wonderful. We tried a mixture of their reds and whites, to include a sparkling wine. If we could, we would have shipped a few bottles home, but since we couldn’t, we bought two. A Chardonnay and a Verdelho. 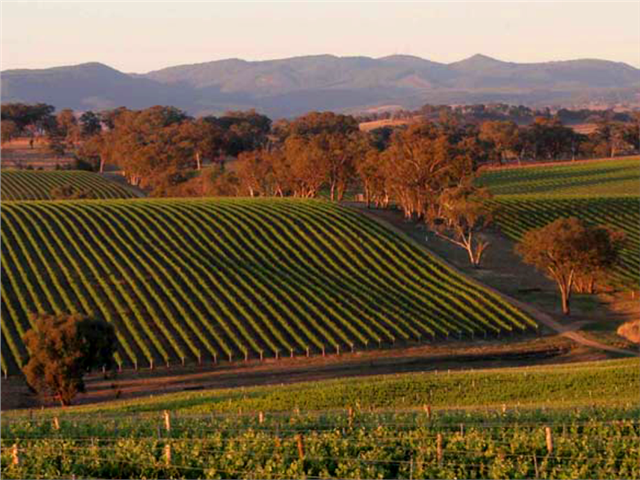 The second vineyard we visited, Highland Heritage, was a few miles down the road from Angullong’s tasting room. Their tasting room is located on their vineyard grounds. This vineyard actually got their start in 1946 in a tin shed, when the founder, Carmelo D’Aquino, produced six barrels of wine, becoming the first winemaker in the Orange region. Fast forward to 1988 and the family bought 125 hectares of land on the outskirts of the town of Orange, which included some of the first commercially planted vines in the area. The family now has had four generations producing great wines.

We got to Highland Heritage late in the afternoon in the middle of the week so we had the whole tasting room to ourselves. This enabled us to have a great conversation with our hosts about their wines and vineyard. We even got to see wild kangaroos show up in the vineyards to graze on the grass around the field. That was neat. We really enjoyed the wines at Highland. They really are great. We found out that we could ship their wines home, but decided to buy three bottles and take the shipping information with us for future purchases (and there will be future purchases). Two of the bottles we bought were dessert wines. One of them even has actual gold flakes in it. Such a great presentation for that special moment (or just because). 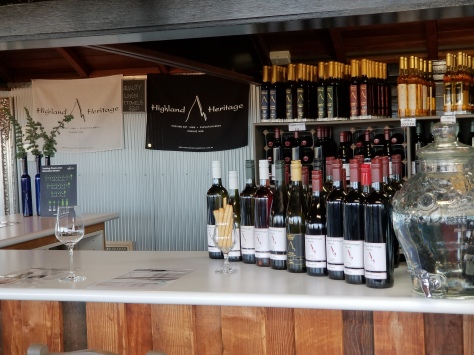 If you ever find yourself in Australia and you have the time, I highly recommend a trip out to one of the wine regions. Australia has some great wines and the different regions are a site to behold.

2 thoughts on “Wine Tasting in Australia”