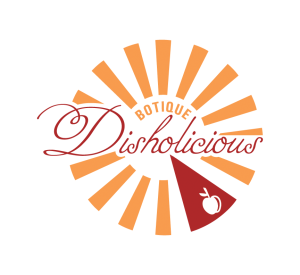 As fall begins, I’m so ready to start making more seasonal recipes. Besides, it is my favorite season. Over the past week I sat and thought about what I could make to kick the season off and I came upon a pear tarte tatin. I first saw it in an email I received from Saveur and thought it looked perfectly seasonal. That got me to thinking, “Wait, I have Julia Child’s cookbook, Mastering The Art of French Cooking. I need to check that out.” So I flipped through her book and I found her recipe for apple tarte tatin or as she calls it, La Tarte Des Demoiselles Tatin. The two recipes were very similar with subtle differences. For example, Saveur’s recipe calls for a basic pâte brisée pastry crust where Julia’s recipe uses a pâte brisée sucrée that has sugar added. I decided to use Julia’s pastry crust and her general baking method. Whereas I set the pears up using Saveur’s recipe. 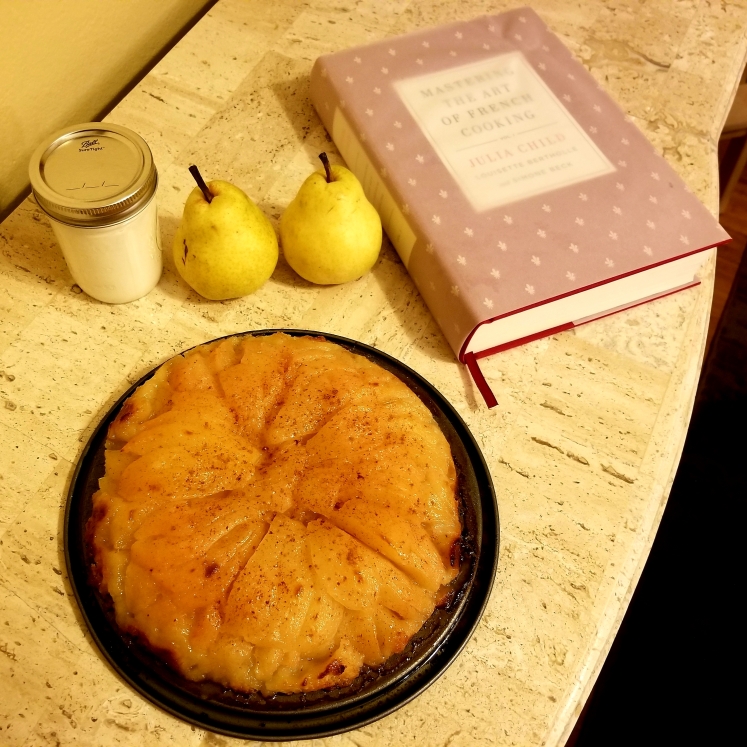 As I was reading through Julia’s recipe, she recommended to serve the tarte tatin with crème fraîche though I didn’t have any, but this is Julia Child we’re talking about, so of course, she had a recipe for that as well. As if I ever doubted, right? I turned the page to her recipe, hoping that it wasn’t going to call for all sorts of things I didn’t have and I was shocked at how simple it is to make. Only two ingredients. Yep, you read correctly, two ingredients. Score! I was ready to make and bake. 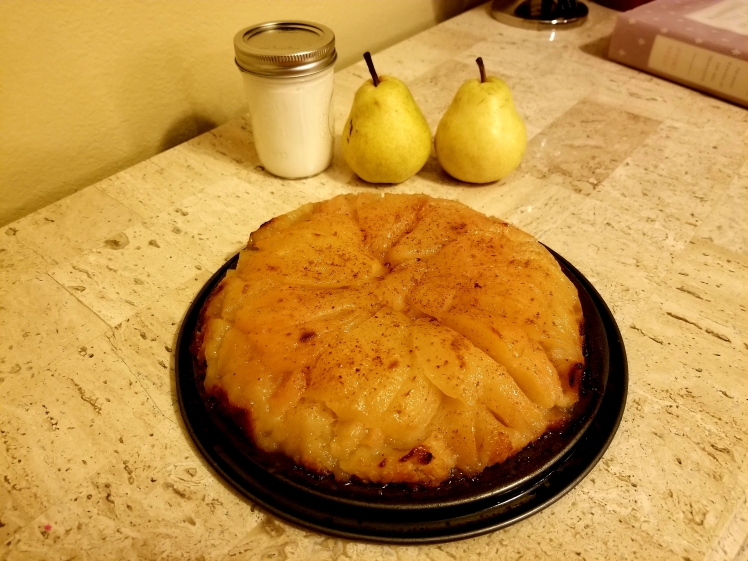 Now, the one thing that I found interesting is that Julia recommended baking the tarte tatin in a pyrex dish so you can see when the tart is done, but in doing this, you don’t get the deep caramelization that you would get from baking it in a skillet. Apparently she must have known this because she mentions, “If the fruit is not a light caramel brown, which is often the case, sprinkle rather heavily with powdered sugar and run under a moderately hot broiler for several minutes to caramelize the surface lightly.” I decided to go her route and bake it in a pyrex dish since I was using most of the techniques in her recipe anyway. It did come out light in color, so I put it under the broiler as recommended by her and it did darken it a bit, but not nearly as dark as I was expecting. Though it still turned out great. My husband said that I could make it again if I wanted to. I take that as a good sign. 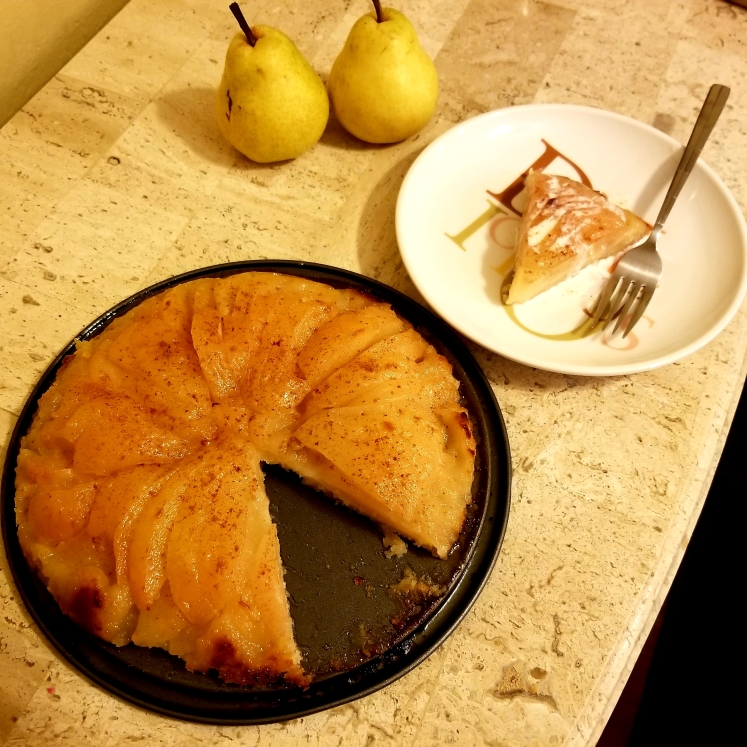 1. Place the flour in a bowl or a food processor and mix in the sugar and salt. Rub the butter and shortening into the flour with your fingertips or pulse in the food processor until it resembles coarse crumbles. Sprinkle in ice water, one tablespoon at a time, and knead just until dough holds together. Wrap dough in plastic and refrigerate.
2. Preheat oven to 375° F. To fan pears, place core-side down on a cutting board. Starting from just below the stem, cut each one into 4 lengthwise slices, leaving stem end attached. Place in a bowl, gently toss with lemon juice and 1⁄4 cup of sugar, and set aside for 20 minutes.
3. Butter a 9 to 10 inch baking dish or skillet heavily on the bottom. Sprinkle half of the sugar in the bottom of the dish or skillet. Drain pears and arrange half of them over the sugar remembering to gently fan the slices out. Sprinkle with half of the melted butter. Repeat with a layer of the remaining half of pears and butter, then sprinkle the rest of the sugar over the pears.
4. Roll out dough on a floured work surface into a 9 or 10 inch round about 1⁄4″ thick. Place dough on top of pears, covering edge of dish or skillet. Press edges down between pears and inside of dish or skillet and cut four 1⁄4” steam holes in center. Bake in lower third of preheated oven for 45 to 60 minutes. If pastry begins to brown too much, cover lightly with aluminum foil. Tart is done when you tilt the dish and see that a thick brown syrup rather than a light liquid exudes from the pears between the crust and the edge of the dish. If too much liquid comes up through the crust, feel free to use a baster to draw off excess juices. Transfer juices to a small saucepan and reduce over high heat until thick. Place a large, flat serving platter on top of the dish or skillet and invert quickly and carefully. Spoon the reduced caramelized juices over the pears. Serve warm or at room temperature with a side of crème fraîche.

NOTE: Once tart is cooked through, if the pears are not a light caramel brown, sprinkle rather heavily with powdered sugar and run under a moderately hot broiler for several minutes to caramelize the surface lightly.