My attempt at making the perfect steak, mushroom, and Gruyere pie continued this evening. I’ve tweaked the recipe a little here and there and finally I think I’ve nailed it. The crust is nice and flaky and the steak is soft and tender. Bill couldn’t help but agree with me on it’s supreme tastiness. 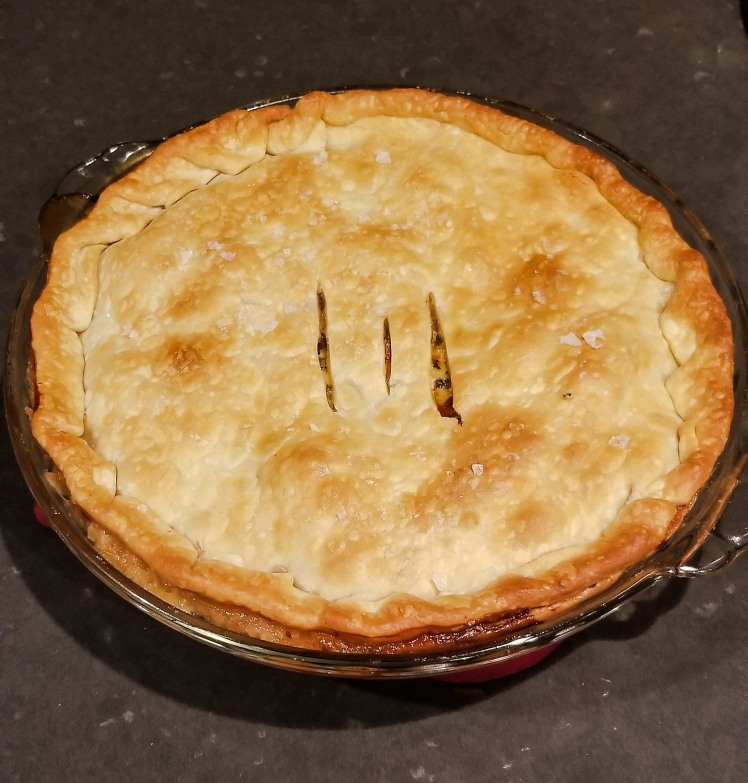 I decided to change the type of steak that’s used in the pie too. I could have gone with loin steak, which would have been good, but I decided to go the pricier route and use filet mignon. It worked perfectly. Just as I was hoping. No chewiness, just melt in your mouth tender. 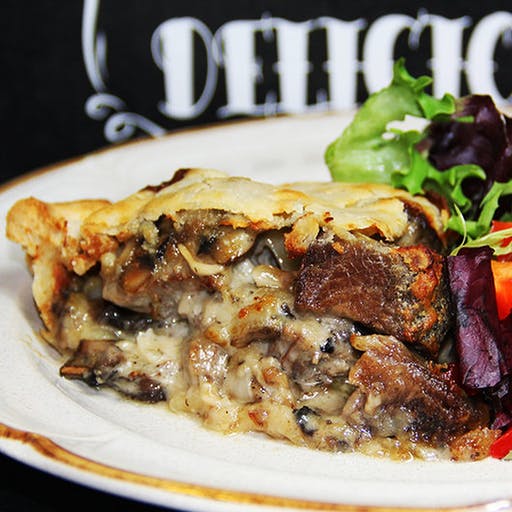 To keep the crust flaky without getting soggy on the bottom, I decided to lightly blind bake the bottom crust, which worked out perfectly. That allowed the crust to stand up to the juices emitted from the steak when it’s baking in the oven. This is now a pie I would happily serve at any dinner party. I think you’ll agree. Just give it a try. 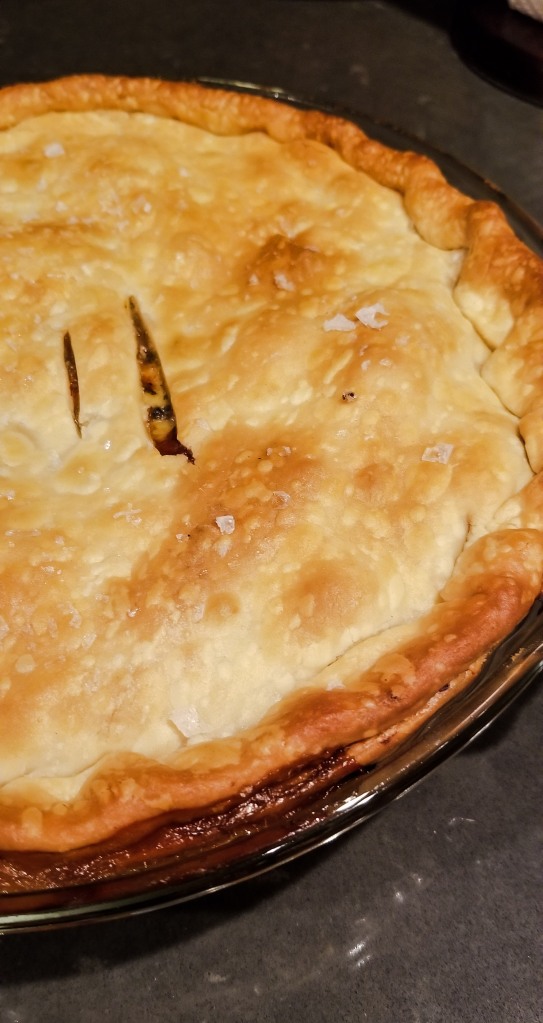 Preheat the oven to 425 degrees. Line a 9″ pie plate with one of the uncooked pie crusts and either prick it with a fork or fill it with pie weights or beans to weigh it down and blind bake until lightly golden (about 8 to 10 minutes). Do not over bake. Set aside. Season the cubed filet mignon with the salt, garlic powder and white pepper, then seer on one side in a large saute pan set over high heat. (Don’t cook the beef all the way through, just seer one side leaving the other side rare. You’ll want it to finish cooking during baking.) Transfer the meat to a large bowl and set aside.

In the same pan, cook the onions until they become slightly translucent, then add the mushrooms, reduce the heat to medium, and continue cooking for another 4 – 5 minutes. Add the onion & mushroom mixture to the filet mignon, throw in the shredded cheese and toss to combine. Top this mixture with the heavy cream and stir to evenly coat, then transfer to the prepared pie plate and top with the chopped parsley.

Top with the second uncooked pie crust, flute the edges and cut a few slits in the top to vent steam during baking. Brush the top of the crust with 1 tbsp melted butter and sprinkle with a bit of coarsely ground sea salt (I used Maldon). Cover and bake in the preheated oven for 35 minutes. Cover the outer edges of the crust with aluminum foil if it appears to be browning too quickly.

Remove from the oven and allow the pie to rest on a wire rack for around 20 minutes before serving. Enjoy!